Angular vs React: Which is better? [Latest Comparison] 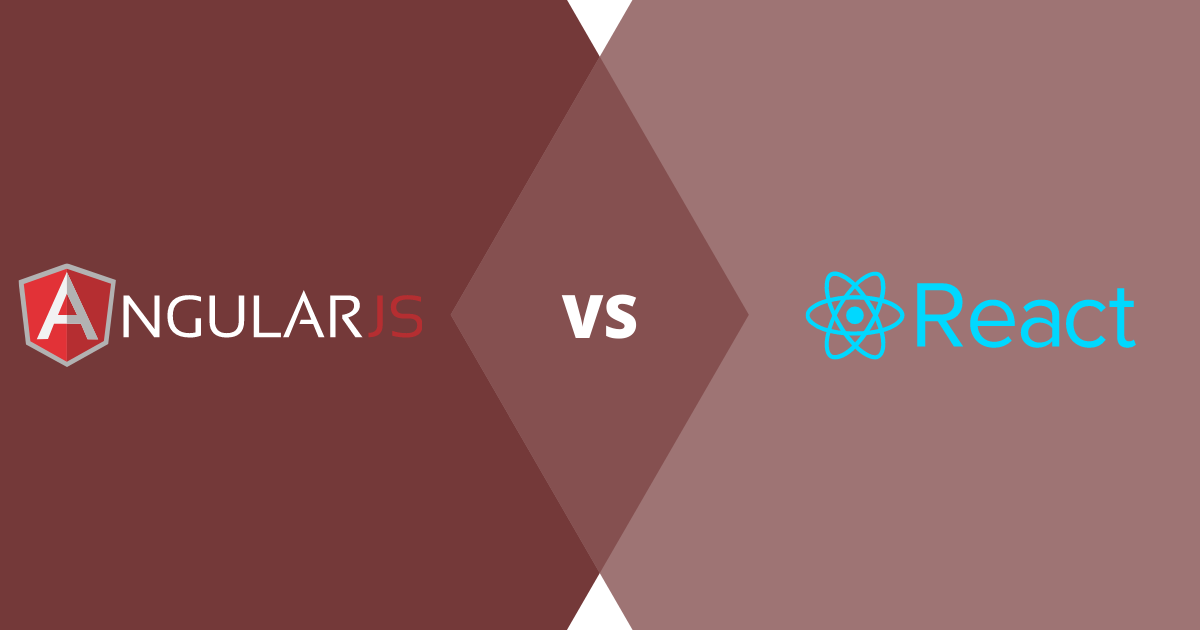 Choosing the right technology stack is a challenging task. Especially it’s difficult to choose when it’s between 2 technologies like Angular vs React. The right choice depends on various critical aspects. In this article, we have attempted to have a constructive comparison of Angular vs React.

Developers have a fluctuating relationship with pretty much all the frontend frameworks and libraries. So sometimes they get happy with the fast execution and sometimes stuck in a particular problem for weeks. In short, the struggle is inevitable!

So to get you a proper insight, an analysis must: Angular or React?

Angular is a component-based framework built on typescript for developing scalable web applications. It has a collection of sophisticated integrated libraries and features such as client-server communication, routing, and more.

Further, Angular is suitable to develop and scale projects from single-size developers to enterprise-level applications.

React is an open-source JavaScript library managed by Facebook. React is for front-end development and building UI components. Moreover, the components and declarative-based features allow developers to create interactive and complex UI. The applications built are fast and scalable at the same time.

Now that we have created a baseline let’s have a look at the technical comparison in the table. Let’s unlock the detailed comparison based on different factors in depth.

Angular relies on two-way binding, this indeed makes your application laggy. Angular creates a watcher every time you bind values in HTML with the Model. Further,  each watcher tracks modifications in DOM.

Angular compares new values with the initial values in order to execute the $digest loop. This loop straightaway verifies the change. Digest loop checks both modified values and values tracked through watchers, this is the reason for a decrease in performance of the Angular application.

This issue becomes more painful when different views are dependent on each other. A small change of value triggered by another value, will stop the current loop and run it again.

React virtual DOM is faster than Angular’s DOM because of efficient state changing and Virtual tree updating. React provides developers with component reusability. This helps in code optimization and increases the productivity of the project in the long run.

Here in React, virtual DOM finds dissimilarities between two object models and rebuilds again with changed HTML. This transition is happening on the server, hence reducing the load on the browser.

This indicates that Angular will change the state of the model corresponding with changing UI elements. But, in React with one-way data binding, the state is initially updated, and finally, rendering of changes in UI element.

Developers consider the two-way binding in Angular easy but, the complexity of the project differs. So with a high demanding project, it becomes difficult to manage UI elements and model states.

React on the other hand is more suitable for debugging such large and complex projects.

Angular uses HTML and JavaScript, while React uses the combined logic of UI templates and inline JavaScript known as JSX.

JSX gives an edge to React over Angular and is crucial for development because it makes sure both markup and logic are in one place.

Angular facilitates web crawlers by generating static versions of the application with server-side rendering before it becomes fully interactive. Eventually, it’s up to developers to use caching and JSON combination for better server-side performance.

Here, Angular has the upper hand because nobody can beat Angular when it comes to reducing traffic between client and server.

React helps to get strong SEO with ease while rendering the application to the server. It has specific functions for rendering. This can be done by the RenderToString function.

React has improved code quality and has given itself a unique identity amongst other frameworks. For instance,  using the Display Name string for debugging the messages for distinguishing the components.

Angular is used for Single Page Applications (SPA). This is because of the complexity of structures and programming modules in single-page applications. SPAs demand accurate and precise standard practice in order to manage the code.

React provides reusability of code due to which developers were able to develop code that works in small modules without any redundancy. Additionally, the reusability component also allows developers to create custom React components. This eventually makes the identification of components simple due to unique naming conventions.

Angular has multiple features such as isolation of units in the code and is written accordingly. The dependency injection feature makes it easy to pass the dependencies of components. Angular takes the benefits of testing frameworks like Jasmine and Karma.

React uses Jest for testing code. Here, mocking of parts does not exist so that tests can spy on the other parts of the function. Eventually helps predict the interactions to avoid any unreliability in data fetching.

✤ Angular vs React: Which is easy to learn?

Angular poses some challenges at the beginning. Developers find it difficult to cover all the aspects, but it’s worth giving some time. It starts from primary elements such as directives, modules, components, services, dependency injections, and more.

React is comparatively easy to learn. The basic things to grasp in React are writing components, managing internal states, and prop usage for configuration. Developers may find it tricky at the initial stages but less complex.

It is important to realize that developers don’t need to get into the complexities of learning logical structures. Nevertheless, you are on the right path if you are learning the basics along with state management and routing library.

Closing up the article

Both Angular and React seem good for development purposes but are relatively different instruments. Some developers may go with React as a better option while others will go for Angular. It’s obvious, that psychology is involved, and how do you say?

Well, two Tech giants Google and Facebook are involved in the development of their respective technology. So, Google vs Facebook is always going to play in the back of the mind of any user or developer while choosing the technology Angular vs React and results are often biased but that’s what makes it worth it because it’s creating a competitive rivalry amongst developers to make the tools even better so that recommendation.