MEAN vs MERN Stack Development: Which One is Best for App Development? 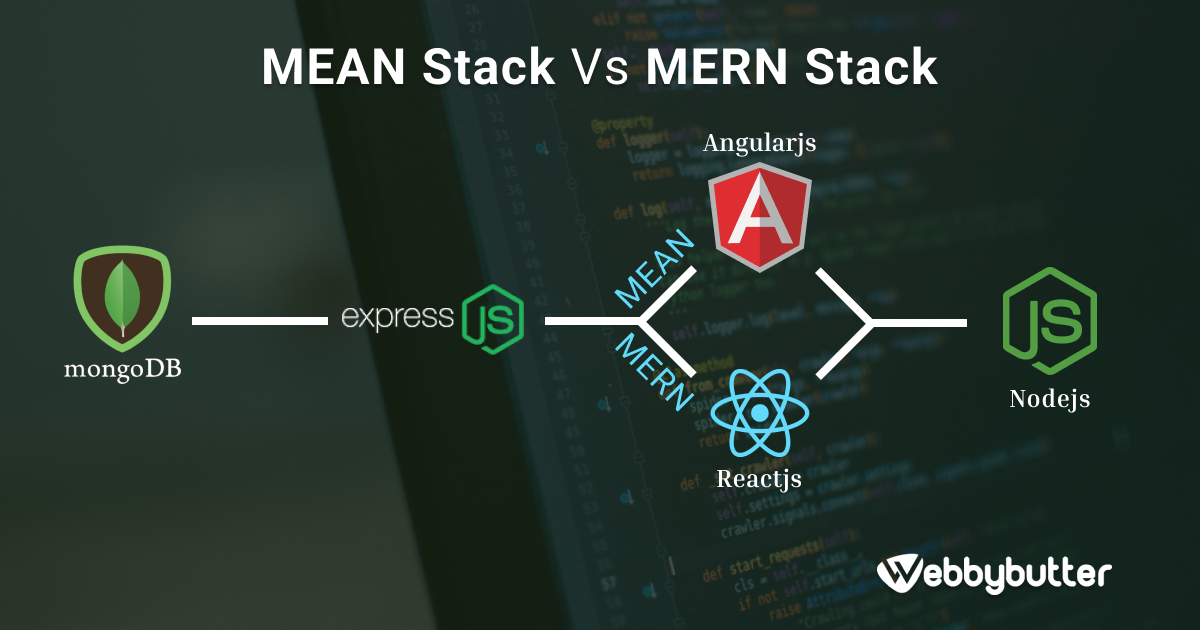 Angular vs React debate is at the core of the MEAN vs MERN Stack debate. While Angular has been enjoying its big share of success, React seems to be catching up and leading the charts now. This indicates that the MERN stack is enjoying higher popularity at this moment due to its association with React.

Here is a detailed comparison between the MEAN vs MERN stack:

Difference Between MEAN and MERN Stack: MEAN vs MERN

The learning curve for MEAN stack and MERN stack differs because of Angular and React. Since React is based on JavaScript, developers can easily get along with the app development process using this front-end technology. On the other hand, Angular uses Typescript and it can pose some challenges while learning, so, the MEAN stack has a steep learning curve compared to the MERN stack.

So, for bigger and more complex projects MERN stack is a better option than the MEAN stack because it can provide quick response and dynamic app. In general, React is more suitable for CRUD applications rather than Enterprise level. But, if the project is relatively small, MEAN stack is surely the best option. In fact, the MEAN stack is also preferable in developing enterprise-level applications.

To conclude, project type and complexity will play important roles while choosing any of these two stacks.

Angular is a complete framework that provides developers a more well-rounded development experience while using the MEAN stack. Often, React libraries involve third-party libraries that can add more strain and also chip away the designer productivity. Whereas Angular CLI makes it easier to redesign the code and further enhances the design productivity.

✦ Upgrading and Managing the code

Since angular is a complete and well-organized framework, developers can easily upgrade their code and handle post-launch maintenance.

In addition, angular allows the separation of the database-related code from the UI-related code. On the other hand, react confers more efforts because of the involvement of third-party libraries. Hence, the MEAN stack makes managing and upgrading code easy.

MEAN brings in the ionic framework for developing hybrid mobile applications. Since a developer can use one codebase for both iOS and Android platforms, the development cost is less. However, the applications built using the MEAN approach don’t live up to the Native experience. But, using the MERN stack one can easily provide a near-native apps experience to the end-user.

Testing is an important aspect from an app development perspective. Here, Angular holds strong grounds because; testing in Angular is easily done using a single testing tool such as jasmine. React on the other hand requires a combination of several tools, adding again to the developer’s exertion.

So, it seems that the MERN stack is leading in two factors i.e. learning curve and Native experience. MEAN stack comes out on top in factors such as upgrading code, productivity, and data flow.

What are the benefits of this comparison between MEAN and MERN stack?

The detailed comparison benefits a developer to choose the perfect technology stack for his next project. It also helps in understanding the layout of both the MEAN and MERN stack. Further, it gets clarity in the developer’s mind because he/she can choose the stack based on knowledge grasp as well. Lastly, with a thorough analysis of this comparison, one can make the decision to choose the technology stack matching the project requirements.