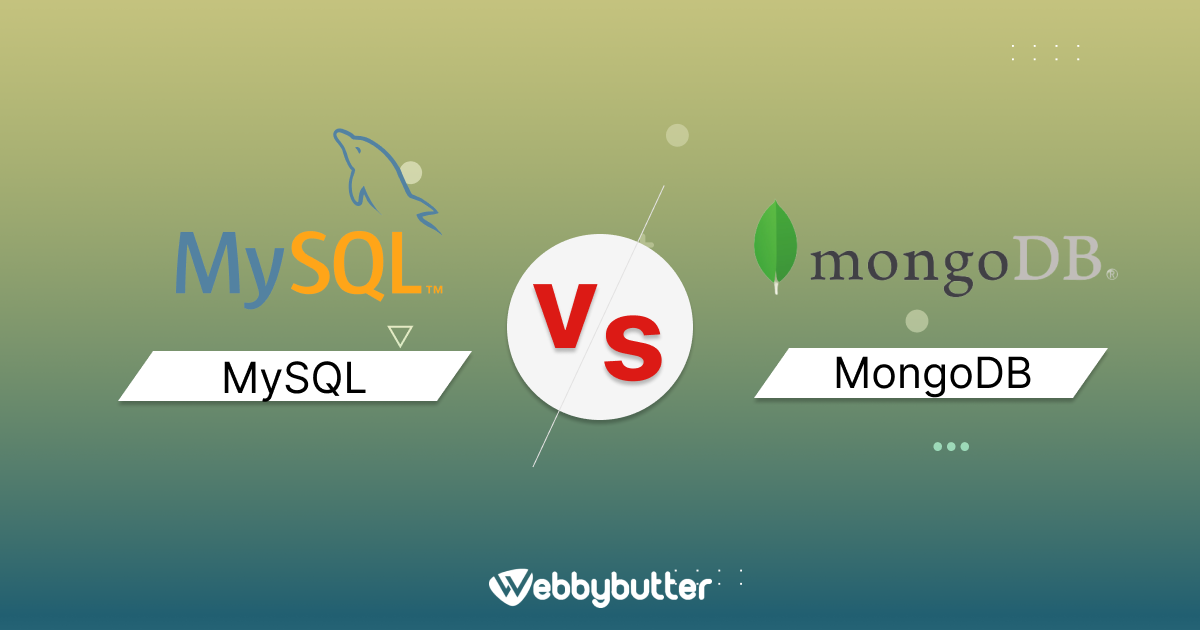 A Database Management System (DBMS) is responsible for managing and retrieving all required information from well-organized fragments of data. MySQL and MongoDB are such databases and the most in-demand database services for web applications. Both allow you to extract data and make reports from a site or app, but they are designed differently.  MySQL is a legacy table-structured system, whereas MongoDB is a document-based system. In this article, we shall have an interesting battle of MySQL vs MongoDB, and see how both the DBMS differ.

MySQL is a famous, free-to-use, and open-source Relational Database Management system (RDBMS) made by Oracle. As with other relational systems, MySQL stores data with the help of tables and rows executes referential integrity, and utilizes SQL i.e. structured query language for accessing the data.

When users need to recover data from a MySQL database, they must make an SQL query that merges multiple tables together to make the view of the data they require. It makes optimum usage of SQL for querying and operating database systems.

Similar to MySQL, MongoDB is also free to use and open source, regardless, its design principles vary from traditional relational systems. In general, it is styled as a non-relational system (NoSQL), MongoDB adopts an extremely different technique for storing data, conveying information as a series of JSON-like documents as opposed to the table and row structure of relational systems.

MongoDB documents include a series of key/value pairs of irregular types, including arrays and nested documents, however, the immediate difference is that the structure of the key/value pairs in a shared collection can vary from document to document. This more relaxed approach is feasible as documents are self-describing.

We have general information about MongoDB and MYSQL. Let’s kickstart the comparison using significant parameters.

MySQL vs MongoDB: Features and Benefits

Dual Password in MySQL is the capability with syntax that saves and discards secondary passwords.

You may find this useful: PHP Vs ASP NET Comparison 2022: Which One is the Best Technology?

Let us expand the MongoDB vs MySQL discussion using some of the parameters of comparison for better understanding.

Scalability in MySQL is limited. Here you have 2 choices: vertical scalability, or adding read replicas. Scaling vertically implicates adding more resources to the current database server, but this has an inherent upper limit.

The Database is quite easy to scale. Configuring a sharded cluster lets a portion of the database, “a shard,” be configured as a replica set.

Replica Set is the replication of a group of MongoDB servers that contains the same data, ensuring high availability & disaster recovery.

✣ MySQL is optimized for high-performance joins across multiple tables that have been properly indexed. When you have to select a large number of records MySQL is fast but the data is inserted row by row.

✣ On the other hand, MongoDB, joins are supported with the $lookup operation, but they are less required because of the way documents tend to be utilized, they follow a hierarchical data model and retain most of the data in one document, hence eliminating the necessity for joins across multiple documents. Unlike MySQL, MongoDB is faster at inserting or updating a large number of records.

MySQL databases are slower to migrate schemas and stored operations that can be dependent on the updated schemas. However, they do support embedded applications which makes them flexible.

The schemaless design of MongoDB documents makes it very easy to build and improve applications over time, without requiring you to run complex and costly schema migration methods as you would with a relational database. In addition, there are more dynamic alternatives for updating the schema of a collection, such as creating new fields based on an aggregation pipeline or updating nested array fields.

MySQL contains a strong data security layer in place to keep sensitive data safe from hackers and encrypts passwords. But, it is granted roles but also benefits, providing them permissions over certain database operations and against particular datasets.

It leverages the widespread role-based access control model with a flexible set of approvals. Users are assigned to a role, and that role gives them specific permissions over datasets and database operations. All transmission is encrypted with TLS, and it’s feasible to write encrypted documents to MongoDB data collections through a master key that is never known to MongoDB, achieving encryption of data at rest.

No doubt there are some significant differences between these two DBMS giants but, you can sense they are similar in many ways. So, before we conclude the comparison let’s have a quick look at the similarities between them.

Concluding Remarks on MySQL vs MongoDB

MySQL and MongoDB both are DBMS and capable of handling your database queries and requirements. However, MongoDB does present some better features, especially security, but, that doesn’t imply you cannot use MySQL. In fact, the Hybrid Development approach is preferred by many developers to leverage the features of both systems.

✣ What big companies use MongoDB?

✣ Which companies use MySQL?