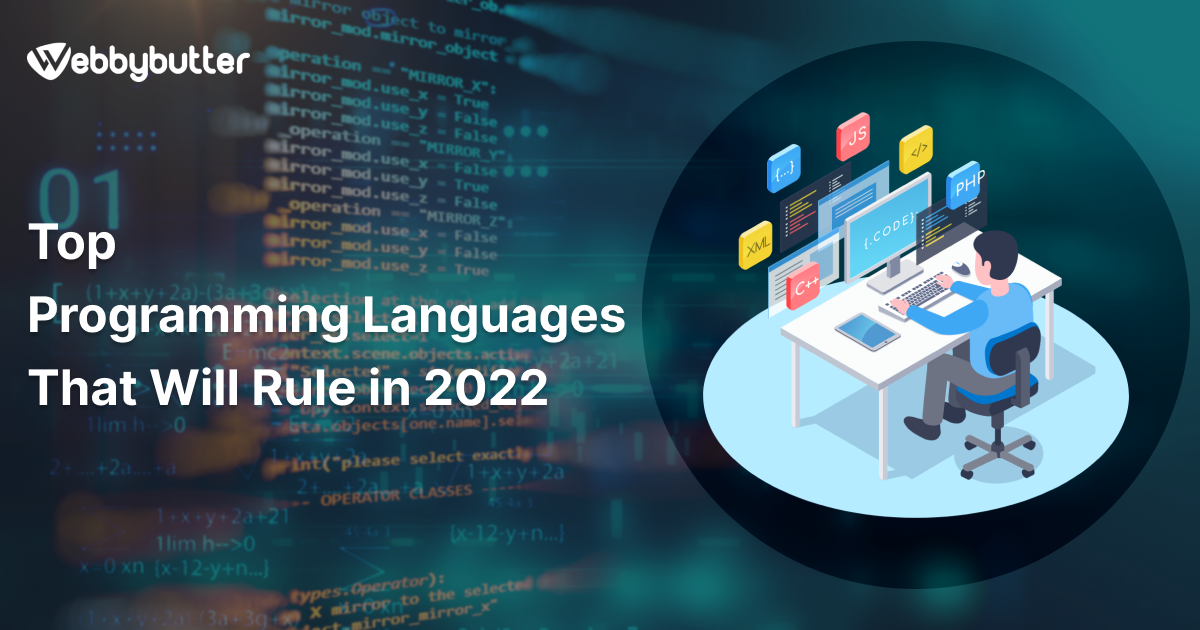 So here is the list of top programming languages based on their popularity, performance, their usage in the past few months, and where they stand in 2021.

Let’s have a look at these top programming languages and try to analyze the trend and sort out the stack:

Despite lots of criticism and competition with other emerging languages, JavaScript has stood firm and has been any developer’s go-to language due to its robust performance. It remains the most popular language amongst the developers even in 2021. An estimated 69% of developers have used it in the past 12 months and around 4% are planning to migrate towards using it.

What makes JavaScript so popular?

The features provided by JavaScript are quite simple. It is utilized for making the elements on the webpage responsive and has a wide range of applications like:

Adding further it is also used for both Front-End and Back-End Development. These are the other technologies with which it can be used:

The most popular language and rapidly grown technology of past few years. It’s easy to grasp, is open-source, and completely free. The support is impressive. It is popular than java the index of users is 52% which is slightly higher than Java (49 %).

According to the TIOBE index, Python has jumped up in ratings and holds the number 1 ranking.

Why is Python  trending?

To understand the trend you need to imagine certain features of the high definitive application. The applications have various self-learning-based features thanks to libraries provided by python. This mainly involves AI-based applications and high-performance game, applications.

Machine learning is a subset of A.I is also used in python for developing various nodes and algorithms for any system ex: facial recognition system.

Both the technologies are vintage programming languages with their demand increasing in recent times. These technologies hold a significant impact on the developers. User  Index 23% for C++ and 19% for C.

The ranking in the TIOBE index for C++ is 4th and C stands in 2nd position. These two technologies will remain on this list for a long time a fair reason being learning perspective. One can easily switch to other programming languages if they have a good grip on these two languages.

C++ is object-oriented and an extension of the C language. Mainly used for developing desktop applications, games, GUI, etc.

C is a procedural language. It is used for developing kernel, operating systems, etc.

Java has transformed into a silent competitor. What we intend to say is that it may be not popular in recent times but its performance and reliability keeps it in the top 5 list of programming language to use consistently. In PYPL Java stands in 2nd position, index of users 49%.

Like C++ Java is also an object-oriented programming language. The “Write Once Run Anywhere” approach permits any java code for executing on different platforms supporting java without any recompilation.

Java is widely used for:

Name R is based on first letters in the names of two authors Robert Gentleman and Ross Ihaka. This language has seen its fair share of growth among other popular languages.

The current standing as of December 2021 in TIOBE is 11. One of the major reasons for the language becoming popular is a surge in demand for data science and machine learning.

Why use R language?

For many years C# has maintained its position in the top 10 list of programming languages in maximum indexes. Current user index 21 % and holding 5th position in TIOBE index.

The language was developed by Microsoft for its .Net framework. The rapid development of VR-based features and games saw its usage in various different projects.

You might hear some buzz around PHP being not useful or worth the time for full-time development. This is a complete misconception; PHP is performing well in the tech domain and is used by many developers across the globe.

PHP maintains the 8th position in the PYPL index. The user index is 32% . The well-known websites of companies like Wikipedia, Facebook, etc are still using PHP.

Why PHP is still in the game?

SQL (Structured query language) is still amongst the top programming language. Currently, in 9th position (TIOBE) SQL has climbed up one step up in rankings in the last 12 months. User index 54%, beats JAVA, Python, PHP, and other shell scripting language.

SQL can be used for working with databases. Relational database systems as MySQL, Ms-Access, Oracle, Sybase, Informix, Postgres, and SQL Server use SQL as their standard database language.

Released in the 1980s and owned by Mathworks. Matlab was Specificallly built for scientists and engineers. Programmers use Matlab for developing machine learning and deep learning applications.

User index 4%. Matlab is in the 10th position in the PYPL index.

Well, Matlab is said to be the closest rival of python due to its increasing popularity due to running visualizations and hardware engineering.

Top languages learned by developers in 2022

Languages with decreasing popularity over the last 5 years

Ruby was developed in the 1990s. The intent was to provide friendly syntax along with flexible object-oriented architecture. It is simple to learn.

User index is 6%. If you are thinking that early glimpses of this technology seem to contradict the point of it not being popular. You are right! There was a time when it was popular amongst web developers.

Here are the reasons why ruby has lost its popularity:

This language may have experienced a decline in its popularity but it is used by some big companies like Netflix, Twitter, eBay, etc.

Reasons for the decline:

Kotlin is object-oriented and supports functional programming features and was built with the intent to be better than java. With most of the applications of Google being developed using Kotlin now appears to be serving the intent.

The user index is 14 %. The ranking may be below the top 10 but moving forward in 2022 it will have a significant rise and might replace other technologies in the coming year.

Go is developed by Google for web applications and API. It has become one of the fastest-growing programming languages due to its simple structure and its ability to handle Multicore and networked systems.

Go has a 17% user index. This index will surely go up going into 2022 and upcoming years.

Mozilla and Graydon Hoare brought Rust into the long list of technologies in 2010. This language provides developers an alternative to C/C++, also helps them build reliable software. User index 6%.

Object-oriented programming language which is developed by Microsoft. It was introduced in 2012. It can execute all the features that are executed in JavaScript. The user index is 29% which is more compared to C++, C#, C, Go, Kotlin, Rust, and Matlab.

These programming languages have been around for a while. But with the new applications and complexities of the projects other languages have emerged either as an efficient option for previous existing languages or completely replace them.

If you are thinking,

Which are the technologies emerging through? What are the new things any tech enthusiast has to look into along with these programming languages?

Again, we read your mind!

Check out our blog: Top 10 emerging technologies in 2022